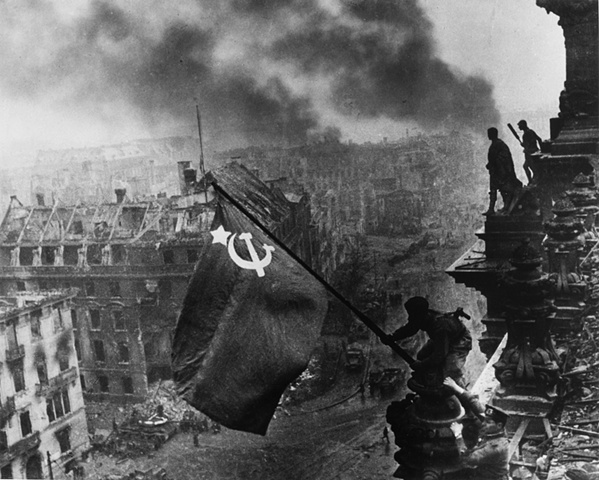 Signed in pencil on print verso

Note: There are several versions of this famous photograph. The original photograph shows a cloudless sky. To produce more "drama", Khaldai altered the sky to depict a smoldering city and darkened the photograph overall. Another interesting detail is that in the original, the officer in the bottom right of the image is shown to have a watch on each arm (obviously removed from fallen German soldiers). When this first appeared in Pravda, the photographer was instructed to remove the extra watch because it showed "conduct unbecoming of an officer".